We have been getting more into CouchSurfing. Do you know about it? It's a system where people can list their couches as available for travelers to crash on, so that people can travel the world by just using space provided by other travelers instead of staying at hotels. We have never actually used it as travelers, but have hosted a bunch of people (our profile: http://www.couchsurfing.org/people/bemmu/). The best thing about it is that many people have such interesting stories. Last weekend we met a Canadian couple who were going from Shikoku to Tokyo by bicycle. In this summer heat it seems crazy, but they seemed to think nothing of it, biking more than 100 kilometers some days. 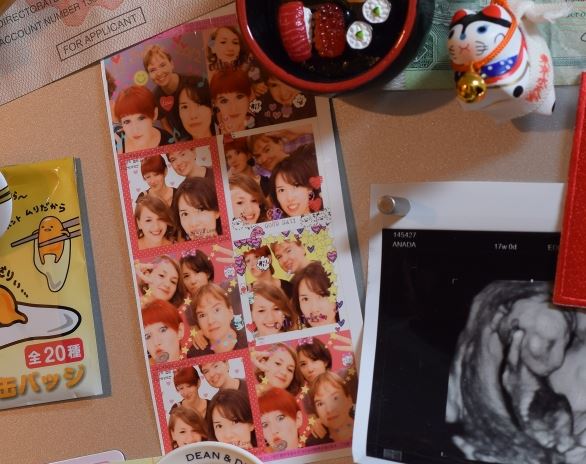 Then just two days later we had some students from Czech Republic come over, we took them to a game center and took some Japanese "purikura" photographs together. Purikura are photo machines where you enter a photo booth and the machine guides you to do different poses and automatically adjusts colors to make you seem as cute as possible, mostly adjusting skin tones, making your lips redder and sometimes even making your eyes bigger. Afterwards you can also add effects and text on your pictures. Made for a nice souvenir of their visit, it's fun to meet people from so many different countries, although for me as a guy having redder lips and bigger eyes wasn't necessarily an improvement.