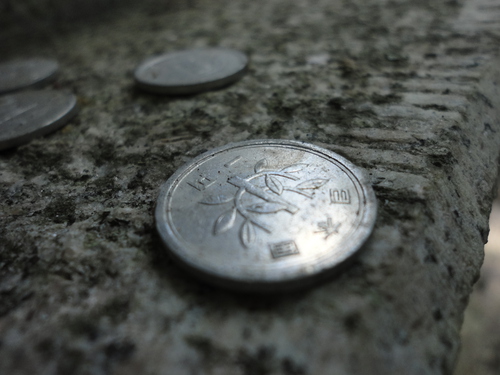 I have been living in Japan for 10 years now. I'm writing this from my home in Tokushima, a city of 260,000 people on the island of Shikoku. Before Tokushima we used to live in Tokyo.

To make our spending habits clear to myself, and to share with anyone who might be thinking of living in Japan, here's a list of everything I could think of that we spend money on here each month. My wife is very good at keeping track of these things, so they are mostly based on actual receipts.

We have 125Mbps down, 82Mbps up fiber to home for $28 / month. Our Internet actually became cheaper since last time, and we didn't need to do anything. One day we just received notice that our Internet connection will now be 25% cheaper than before.

Such gradual discounting has been happening ever since we subscribed to this. The current price is almost half of what it was when we signed up. Thanks NTT West! It really seems to be unlimited, never hit any caps or mystery fees during our years of usage. Also very reliable, I can't recall it having ever been down. 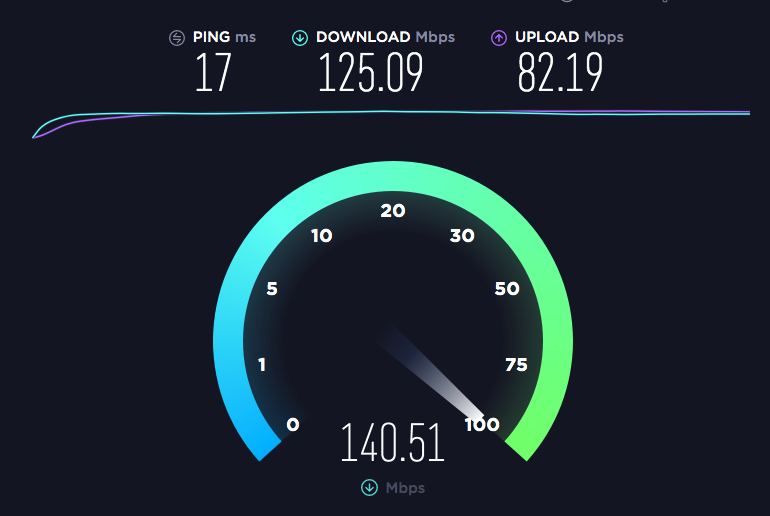 The speed was measured over WiFi, I haven't tried how fast a direct connection would be. I am connected through an AirPort base station at 5Ghz. Decided to switch to this fancy base station after several of our neighbors were on the same contested channels. Having 5Ghz all to ourselves has been a noticeable improvement.

We are both on B-Mobile now, making our combined phone bills $46 / month. I assume we will buy a new phone costing about $650 each every 4 years, so that's $27 / month for upgrading phones. These have unlimited data, but after reaching a certain monthly cap (3GB in our case) the connection becomes slower.

If you are looking to get a phone in Japan, don't enter into a contract in any shiny sales office (DoCoMo, SoftBank, AU etc.). Besides being ludicrously expensive, you might find yourself locked into a 2-year contract which you are only allowed to cancel one specific month every 2 years. Instead buy your SIM online, or use a global eSIM that also works in Japan.

According to a friend (Tiago, the guy behind TV Streams) who recently comparison shopped various eSIMs (HK, Ubigi and GigSky), the best was GigSky and the cheapest was Ubigi. There are now also Japanese competitors even cheaper than B-Mobile, so maybe comparison shop a bit. To buy a SIM from a Japanese low-cost provider, you'll need to upload your official ID and then get the card in the mail.

Even with our son in the house, these haven't gone up almost at all. 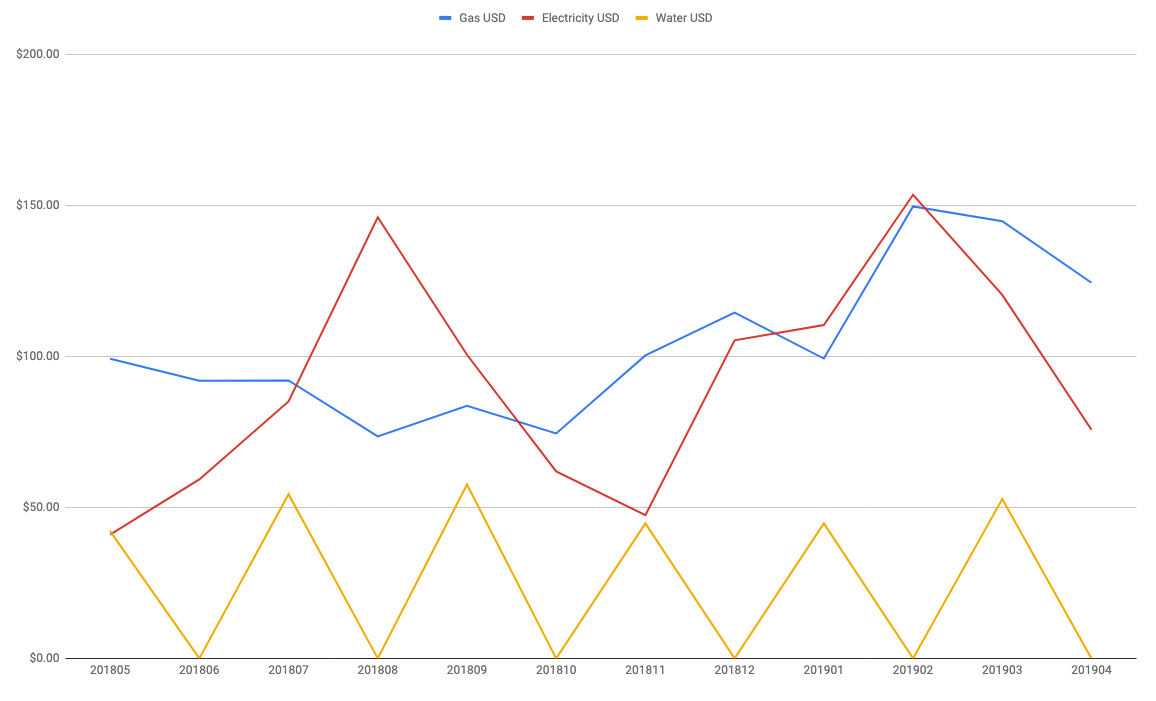 Gas is for cooking, and for the water heater. I keep thinking if going all-electric wouldn't be cheaper, but we don't own the place and I doubt the difference would be big enough to bother anyway.

Electricity is mostly for air conditioning, which means cooling in the summer and heating in the winter. Looks like heating costs a bit more.

Looks like a sawtooth wave because it is billed every other month.

We are now filling a full bath tub to bathe our son each night, but that water can be reused as grey water for the washing machine, and is a negligible part of the overall bill in any case. The fee is also structured such that additional water usage doesn't affect it much.

For about 750 USD we are able to rent a decent 70 square meter / 750 square feet apartment. Rent here is much cheaper than it would be in Tokyo, where the same size & quality place in the outskirts would be about +$1000 more expensive. In very central Tokyo such as Shibuya, possibly as much as +$3000 extra.

For our area this is actually a bit on the larger side of apartments on offer, based on browsing local listings. I spent a lot of time browsing all the possibilities, and so far this seems to be our best option. Below you can see what it looks like.

Land in Tokushima is cheap, and we could also rent a small house for almost the same cost, but the difference didn't seem significant enough to bother moving, as it is shockingly expensive to move from place to place in Japan. You usually end up paying around 4 months rent, and possibly professional cleaning and moving fees. You also have to move your fridge, stove and air conditioning units to the new place.

If you don't mind living in a house built in the 70s, you could even buy one with land included for less than $40k. More modern options tend to cost around $300k, but unlike much of the world, the value of the houses tend to go down over time, not up.

This would probably not apply to you if you came to Japan as an employee or as a student. But I am self-employed, so I need to cover my own healthcare. The exact formula for calculating this is explained here, but to simplify the yearly cost is roughly $500 per family member plus 10% of income.

This seems more like a tax, as it makes no sense to me that income should affect healthcare costs. After all, if you get sick, the real cost of drugs and doctors is just the same regardless of your earnings.

While the insurance is expensive, doctor visits are not, typically costing about $10 a visit. Even without appointment, you can also just pop in with almost no wait time. The doctor usually is not a cat.

As we now have a new third member in our family that eats as much as we do, our food bill also went up by 50%. We eat out maybe once a week, if that.

$500 is our family food bill, additionally I included the ~$60 / month I spend on buying drinks from vending machines and about $140 / month for my lunch and for small snacks to enjoy while playing Factorio at night — just got the railroad and logistics network operational!

So we bought a new car.

Public transport is not great in Tokushima, making having a car a necessity. We had a Suzuki Wagon R before, bought used and drove it ~6 years on top of that.

I'm not sure how many years we'll get out of the new Mazda Demio, let's say 8 years. I also included $50 / month for fuel here. 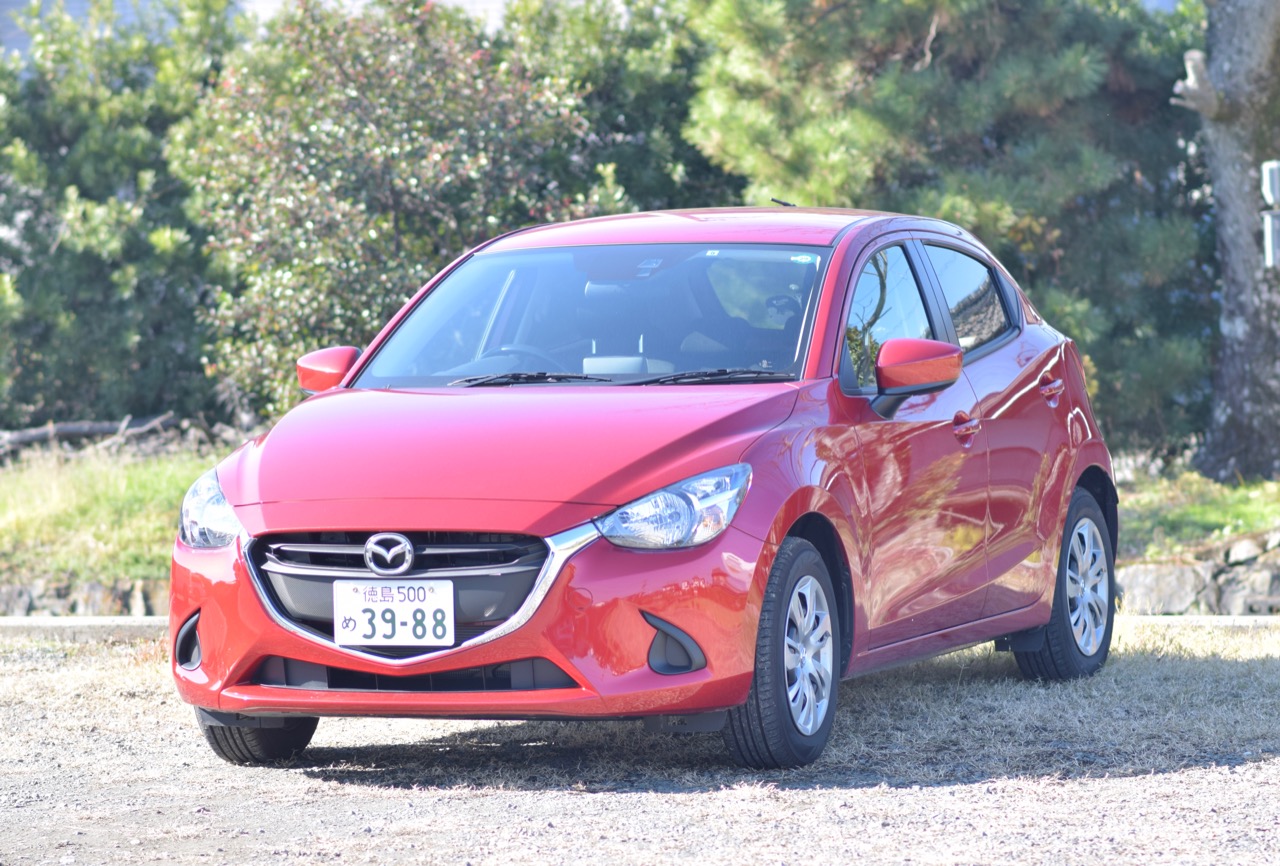 The cost of day care is significant, about $500 / month, but now our son is old enough that the cost is soon going down to $300 / month. Additionally in October a new law is introduced in Japan where daycare is becoming free.

Besides daycare, there are some misc. childcare related costs of about $60 / month.

The total comes to $3189 / month, but you might notice I didn't include any travel costs, as those aren't strictly "living in Japan" -related fees.

We fly so that our son can spend time with his grandparents, meaning trips to Finland about once a year, and to Tokyo about three times. One trip to Finland from Japan costs about $3000, while the Tokyo trips are about $500. If you do include these, then the total becomes $3564 / month.

I hope this was interesting or helpful to you. Feel free to email me@bemmu.com or tweet at @bemmu if you'd like to ask anything.

Oh, and if you'd like to have me send you some Japanese candy to try (and help offset some of these costs), check out Candy Japan as well.