According to insider sources in the country, North Korea has executed five for contributing to the failure to produce candy sets that were to be distributed to children in celebration of the anniversary of Kim Il-sung's birthday.

The sets were to be given to children for the love they have shown to the leaders, but some counties failed to produce the candy by the end-of-March deadline, thus hurting the authority of the supreme leader — a felony worth the death penalty in North Korea.

An investigation carried out by the labor party revealed that some factories were not able to make the sweets due to power failures. A further inquiry by the department of electricity found five people responsible.

The candy is supposed to be given out each year on the Day of the Sun for Kim Il-sung's birthday anniversary celebration. However the candy assortment has lost popularity among children after South Korean snacks have made their way across the border. The set is now considered old-fashioned, for instance containing jelly infused with traditional chinese medicine. 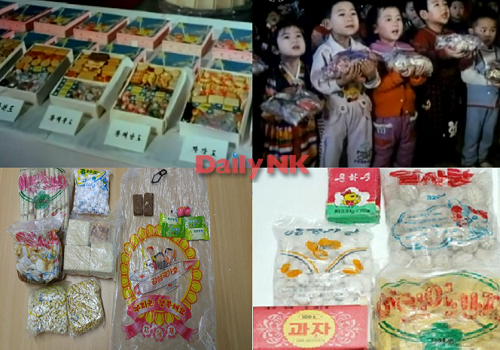 The quality of the set has also allegedly declined over the years. Upper left in the picture above you can see how the set was in 1977, upper right in 1994, lower left 2008 and finally lower right was the set from 2017. Items from the most recent 2019 set are pictured below.

The method of execution is unknown, but for instance in 2015 when Kim Jong Un visited a turtle farm and found some young turtles dead, he had the manager promptly executed by firing squad.

Do you like surprises? Besides writing candy-related news, we also offer a Japanese candy subscription. Every two weeks we send a surprise assortment of Japanese sweets to subscribers — directly from Japan to anywhere in the world.